Chile has one of the highest levels of teenage suicide and school violence in Latin American. It also has the second highest growth rate of suicide of all Organisation for Economic Co-operation and Development (OECD) countries1. National data shows that if nothing is done, in four years, one adolescent will end their lives nearly each day2. Studies by UNICEF, the Ministries of Social Development and Education, and Todo Mejora consistently indicate that violence based on sexual orientation and gender identity and expression (SOGIE) is pervasive during adolescence at home, at school, and in society3. In many instances, LGBT-phobic remarks are heard from school staff, and even when parents are notified, action is rarely taken by either parents or administrators4. Todo Mejora strives to create a space where children and adolescents feel unconditionally valued and supported, in the face of discrimination, family rejection, and homophobic bullying.

To create this safe space, Todo Mejora turned to technology to revolutionize its processes. The team was aware that it needed to create a central information hub to create institutional memory and preserve its history (documents, photos, videos, contacts, etc). This required more than just an ordinary file cabinet - Todo Mejora sought to increase collaboration, thereby allowing for greater efficiency and productivity.

Like many nonprofits, Todo Mejora also wanted focus on new ways to reach its target audience: LGBT children and adolescents looking for information and help. In doing so, they also hoped to increase brand awareness amongst the Chilean population. Reaching a wider audience was especially crucial for attracting more donors and volunteers, especially through digital mediums.

To increase its chances of reaching the LGBT youth audience, Todo Mejora decided to use Google Ad Grants. They hoped the ad would offer a message of hope and support, as well as a door to access additional resources. For example, if a distraught user Googled “suicidal thoughts,” he or she would see an ad for Todo Mejora, providing a calm message and an alternative to suicide. The organization also analyzed search terms like: "I want to commit suicide", "Who should I call if I want to kill myself?", "Where do I have to take my daughter who tried to commit suicide?", "Help me, I want to die". Though this was an emotional process, the team learned how important it was to connect users who might be searching for support during a difficult time.

Todo Mejora also turned to Google Workspace to run its operations, utilizing the 30GB of storage capacity per user and unlimited user accounts to bring its team together. Now, the team performs all daily work on Gmail, Google Drive and Google Calendar.

Recognizing how important a visual message is for the youth population, Todo Mejora also turned to YouTube to share personal testimonies that would inspire the LGBT youth community in Chile. The team uses call-to-action overlays on its videos to help promote its mission and achieve key objectives, such as receiving donations.

“What most surprised us was that it worked! It was interesting to see what people were using Google.com to search for like: ‘I want to commit suicide’, ‘Who should I call if I want to kill myself?’, ‘Where do I have to take my daughter who tried to commit suicide?’, ‘help me, I want to die’. This was very revealing and painful, but it prompted us to strengthen our work and create ads with Google Ad Grants to provide support to those in need.”

One day, a 19-year-old girl contacted Todo Mejora through support channels and said: "Amidst my depression, I Googled how to commit suicide. Your foundation, ’Todo Mejora,’ (meaning ‘It gets better’) popped up in my search results. It made me smile and reminded me the reason to go on.” In a simple Google search, she could’ve chosen another option. But instead, she found help, speaking with our specialists through a support channel. That day we saved a life, with the help of Google Ad Grants!

These hopeful messages help LGBT youth to overcome difficult situations and see the light in the future. Since beginning its partnership with Google for Nonprofits, Todo Mejora has seen the impact clearly in their numbers as well. The team saw a 20% increase in traffic through Google Search from 2015 to 2016. In 2015, 55% of website traffic arrived via social media, compared to 28.6% from Google Search. In 2016, they swapped places and social media drove 33.12% of visitors, whereas Search-driven visits accounted for 49.59%.

This increased traffic through Ad Grants has prompted Todo Mejora to expand their support channels. This year, the nonprofit grew its phone suicide hotline support from 2 to 7 hours/week and is working to expand to 30 hours/week next year.

Today, Todo Mejora does 100% of its daily work using Google Workspace for Nonprofits. All work is stored in Google Drive, and the team has found that they don’t need to depend on other services or products for storage. This enables them to maintain and access all documents easily between the team. As a whole, this has been crucial in helping the team to expand the depth and breadth of its work.

Todo Mejora has used the Google for Nonprofit tools to grow and strengthen their organization, so they can focus on saving the lives of LGBT youth across Latin America. 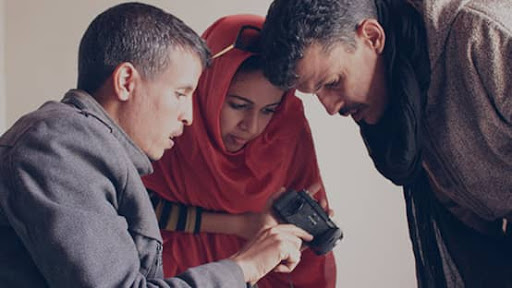 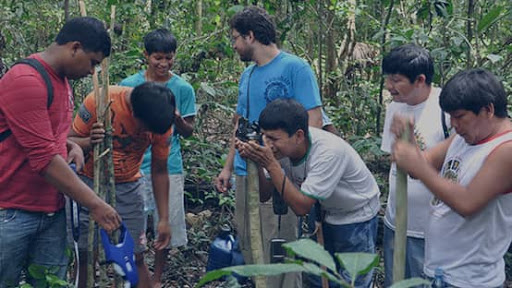 The Surui tribe has used Google Earth and Open Data Kit to record instances of illegal logging in their tribal lands.