Polar Bear Capital of the World

A closer look at Churchill

Nothing compares to the power and fragility one feels when face to face with a polar bear. -Karin Tuxen-Bettman, Google Earth Outreach

As climate change becomes increasingly more apparent, polar bears are seen as the barometer to measure changes in the environment. The impact of the warming of our planet can be clearly seen in Churchill, Canada. This quiet town, set on the shores of western Hudson Bay, is a place where polar bears and humans coexist until the sea ice forms and the polar bears can travel on to the bay to hunt seals, their main prey.

During the warmer months, the polar bears are forced ashore by melting ice. While climate change may seem like a gradual process, often difficult to discern, the impact is real and evident in the polar bear capital. In Churchill, climate change has shortened the time that the bay remains frozen, reducing the polar bears' hunting season by approximately four weeks.

For this trek, Polar Bears International, an organization dedicated to the livelihood of these majestic creatures, invited Google to the Canadian Arctic to capture rare glimpses of the bears. Together, PBI, Earth Outreach, and Google Maps have collected Street View imagery in and around Churchill and Wapusk National Park, expanding PBI’s education and outreach efforts to people around the world.

Through Street View, you can experience the life on the tundra yourself. Keep scrolling to learn more about the bears and their habitat, the impacts of climate change, and the work PBI is doing to advance the cause of polar bear conservation.

See if you can find the polar bears in Views

Witness the impact of climate change

Learn about the bears' withering habitat. 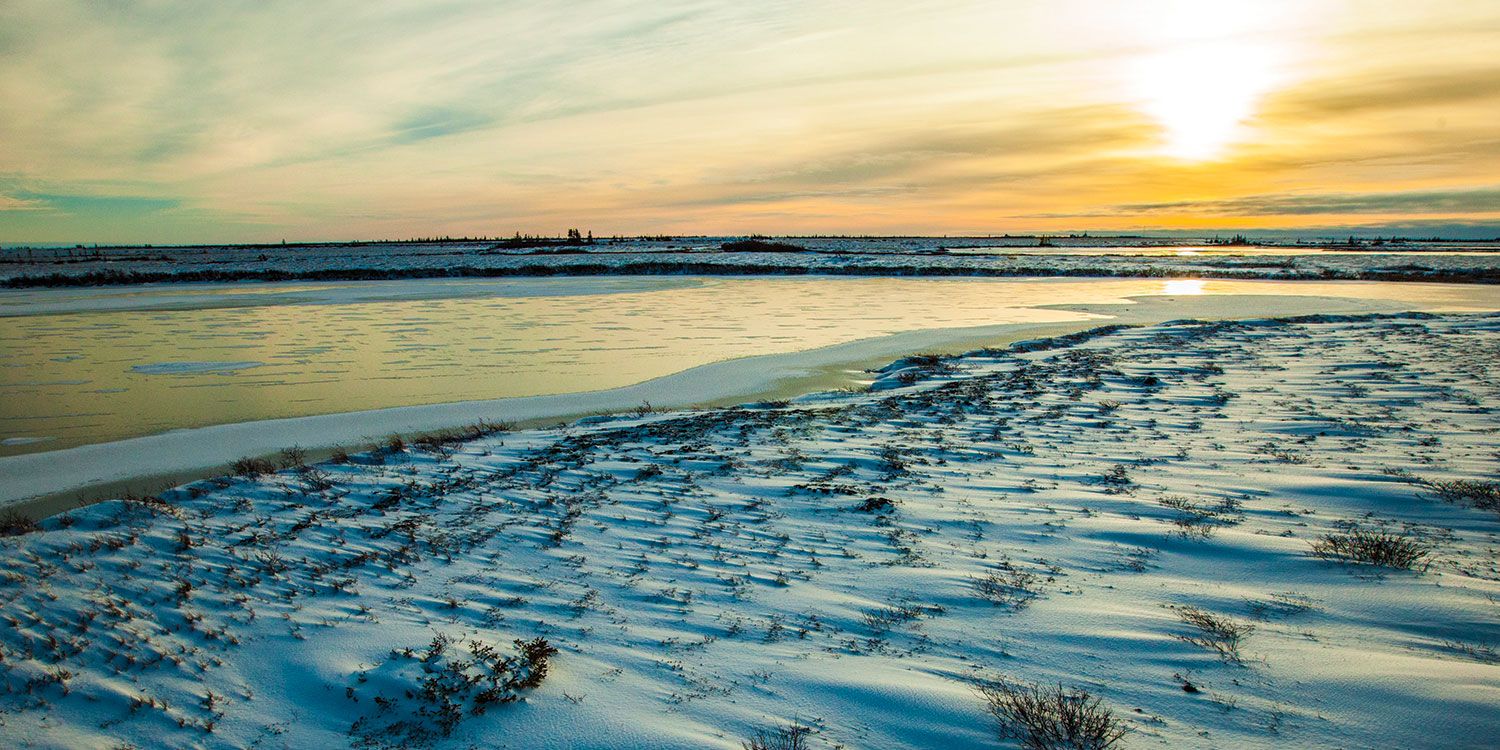 The Canadian tundra is a vast and beautiful landscape, quiet and covered with snow from late fall through early spring. 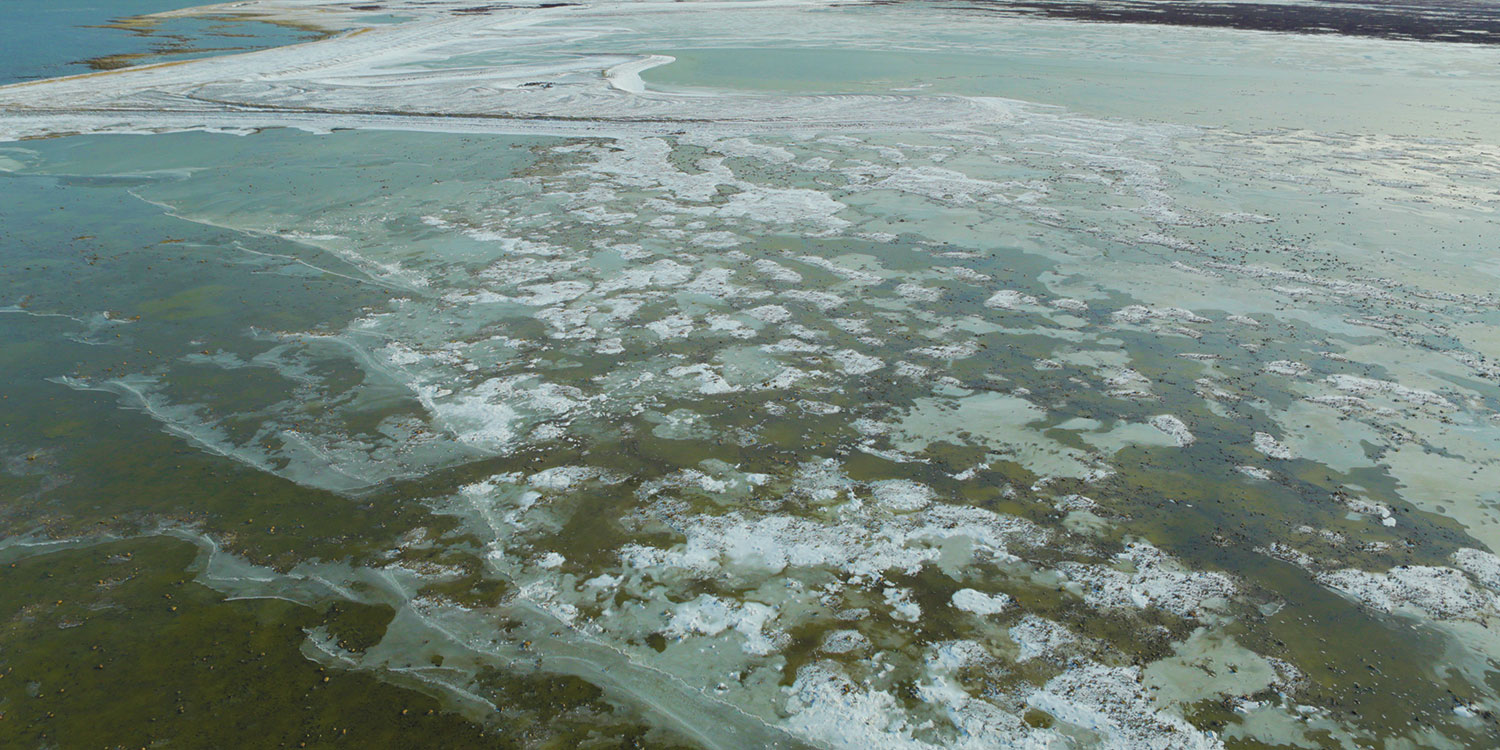 While the tundra may appear barren, it’s part of a complex ecosystem that depends on the seasonal freezing of the Hudson Bay. 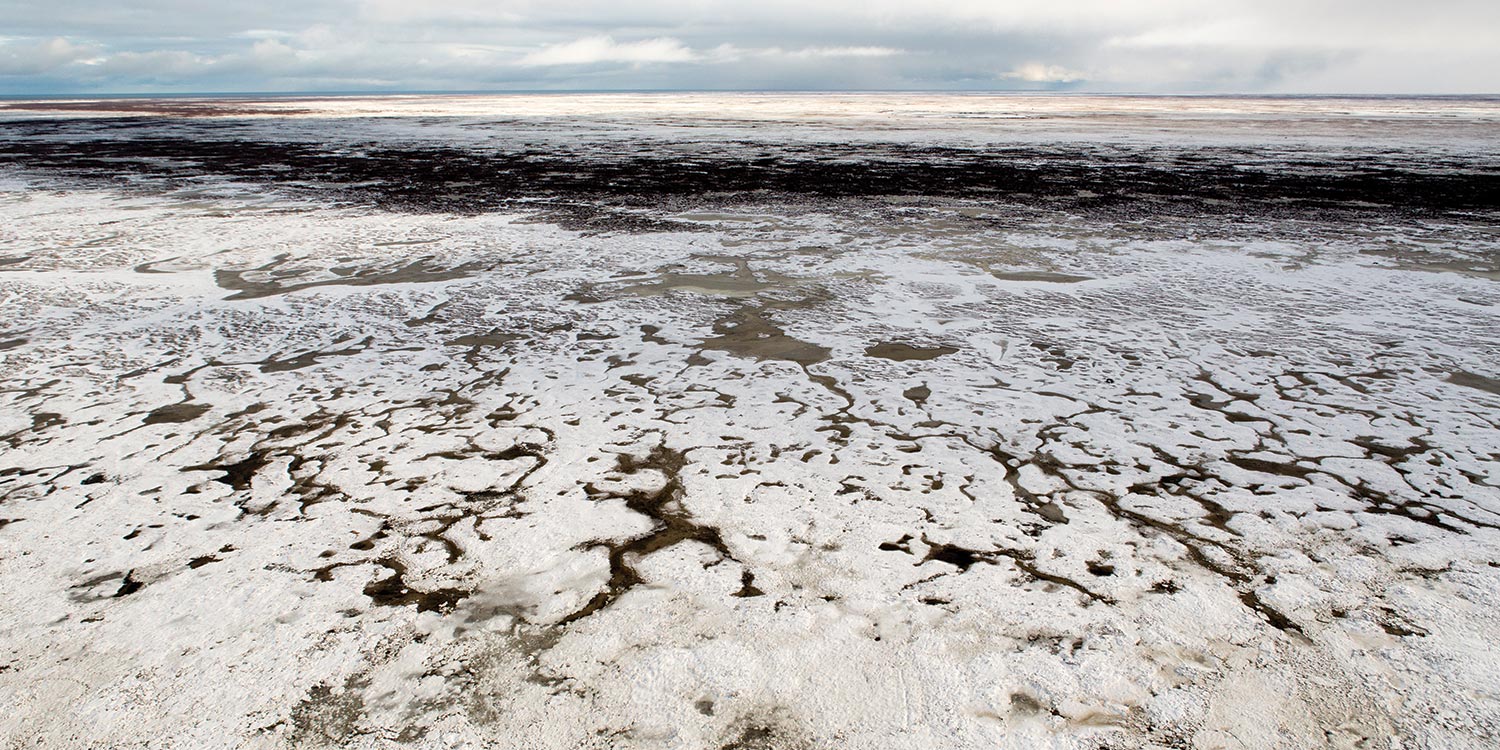 Sea ice is an integral part of the Arctic food chain and helps maintain cold temperatures on the tundra. 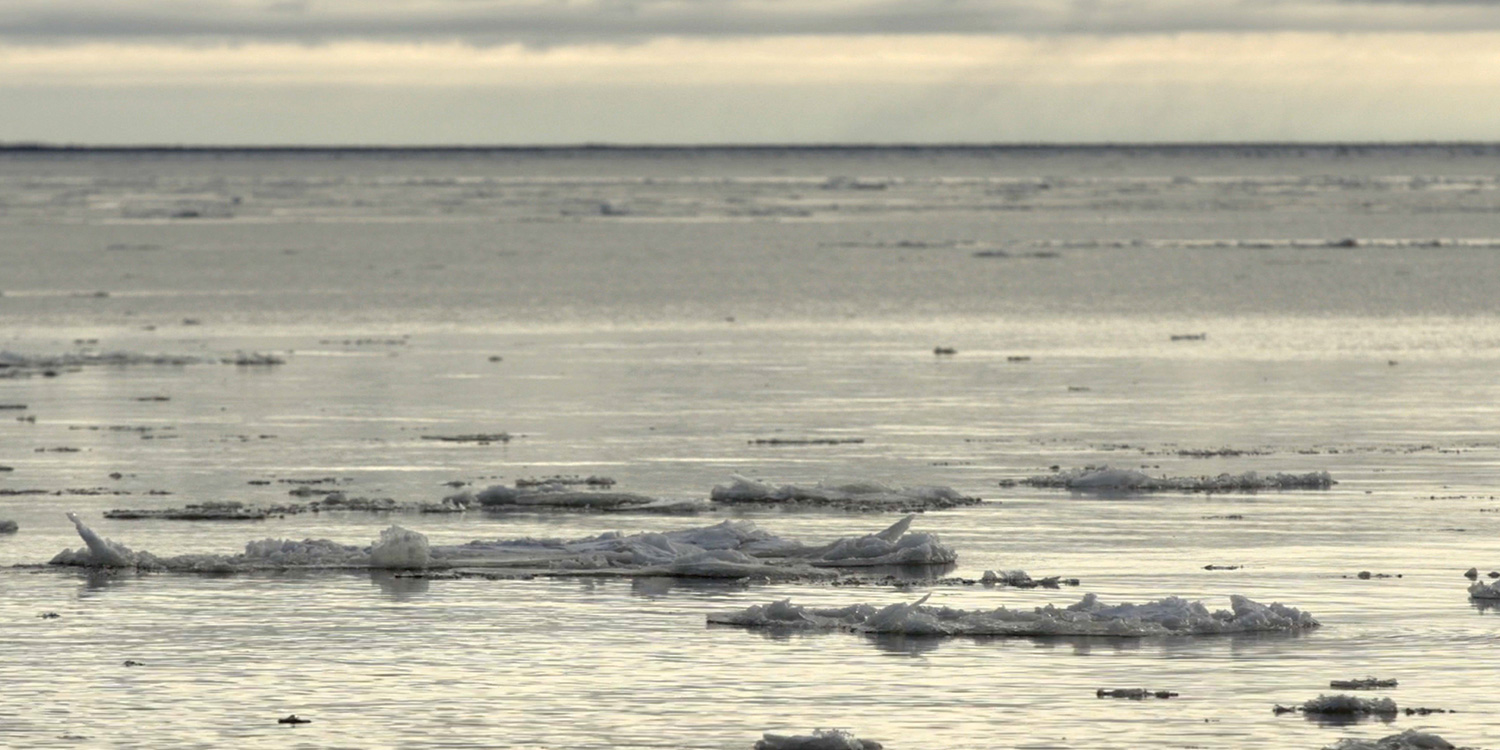 As the climate changes, sea ice is taking longer to form in the fall and melts sooner in the spring. 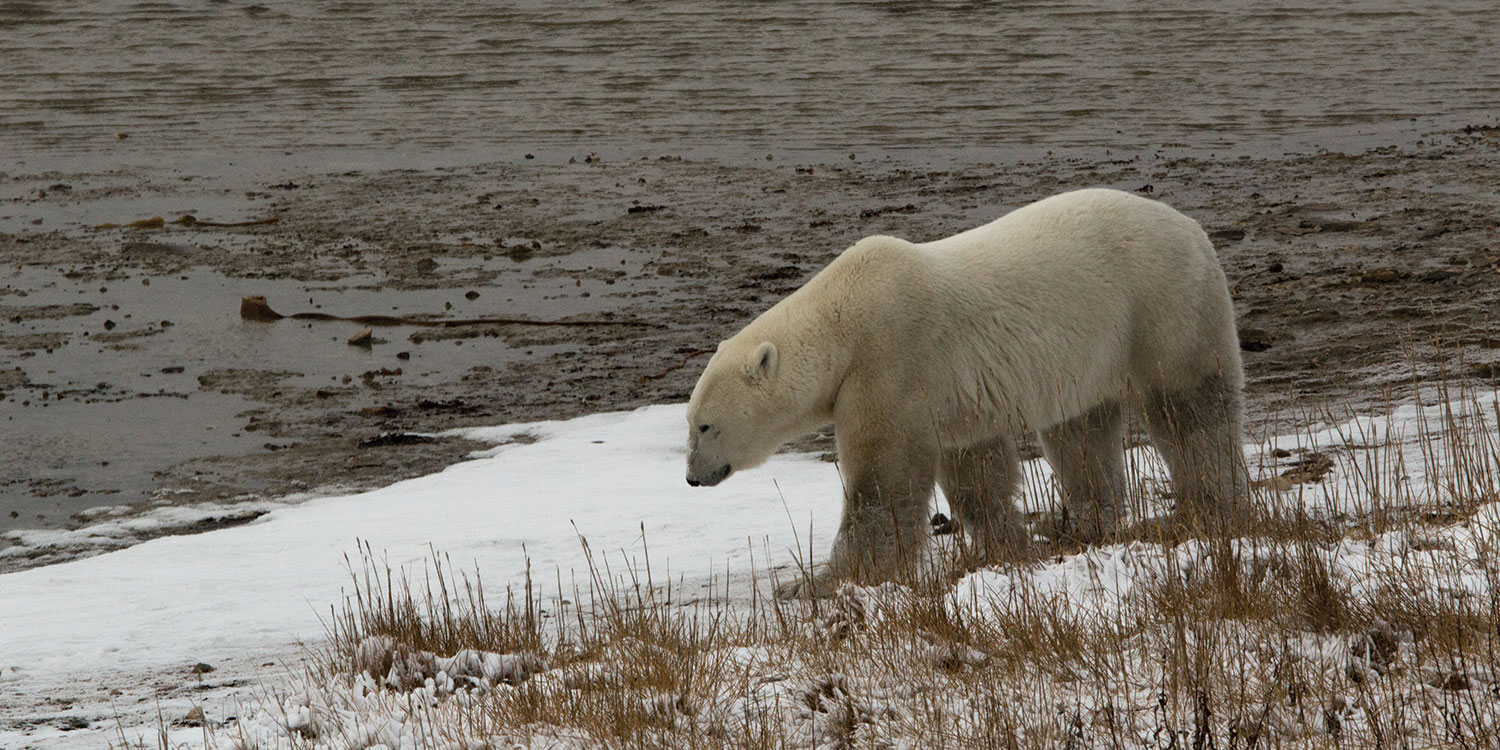 Meet the people working to save the bears 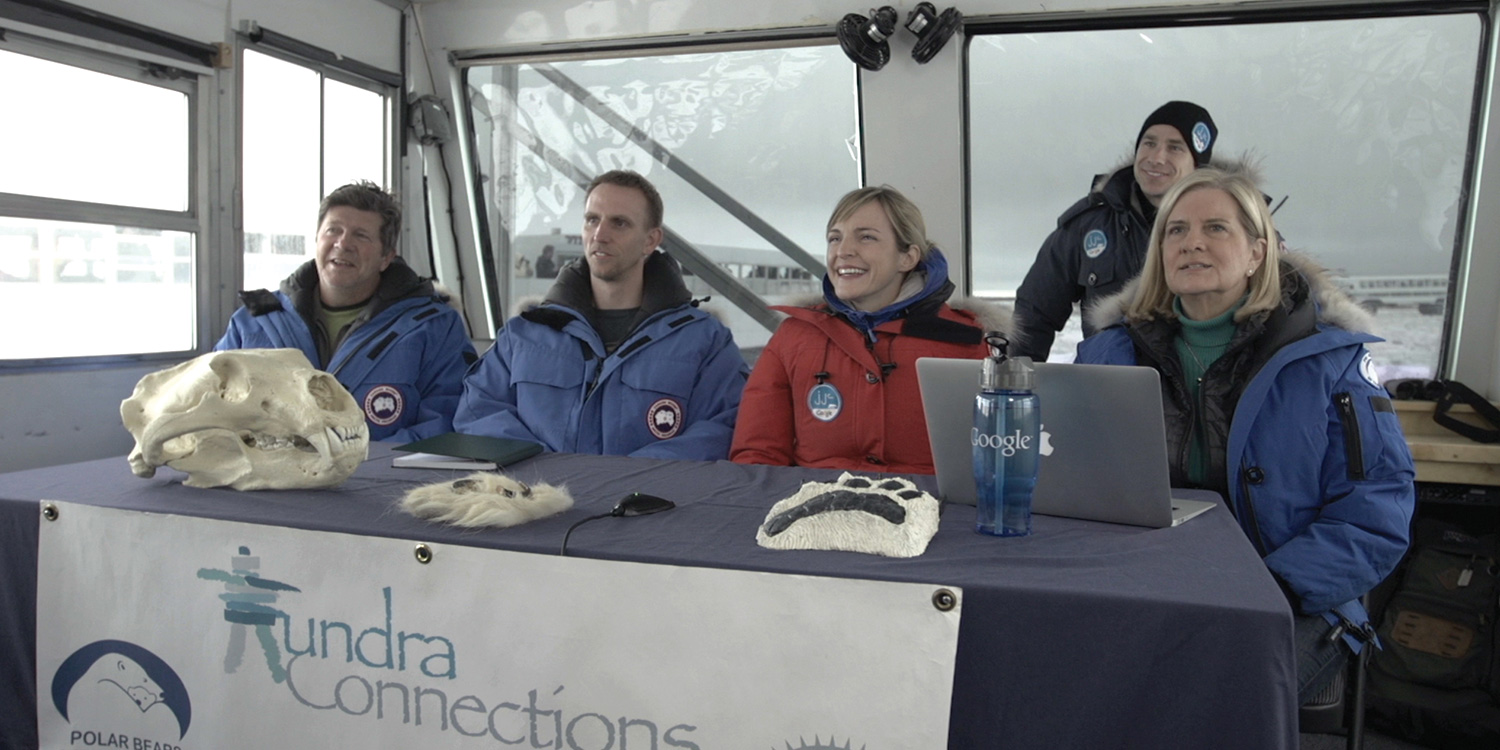 PBI conducts live broadcasts from the tundra during the annual polar bear migration. 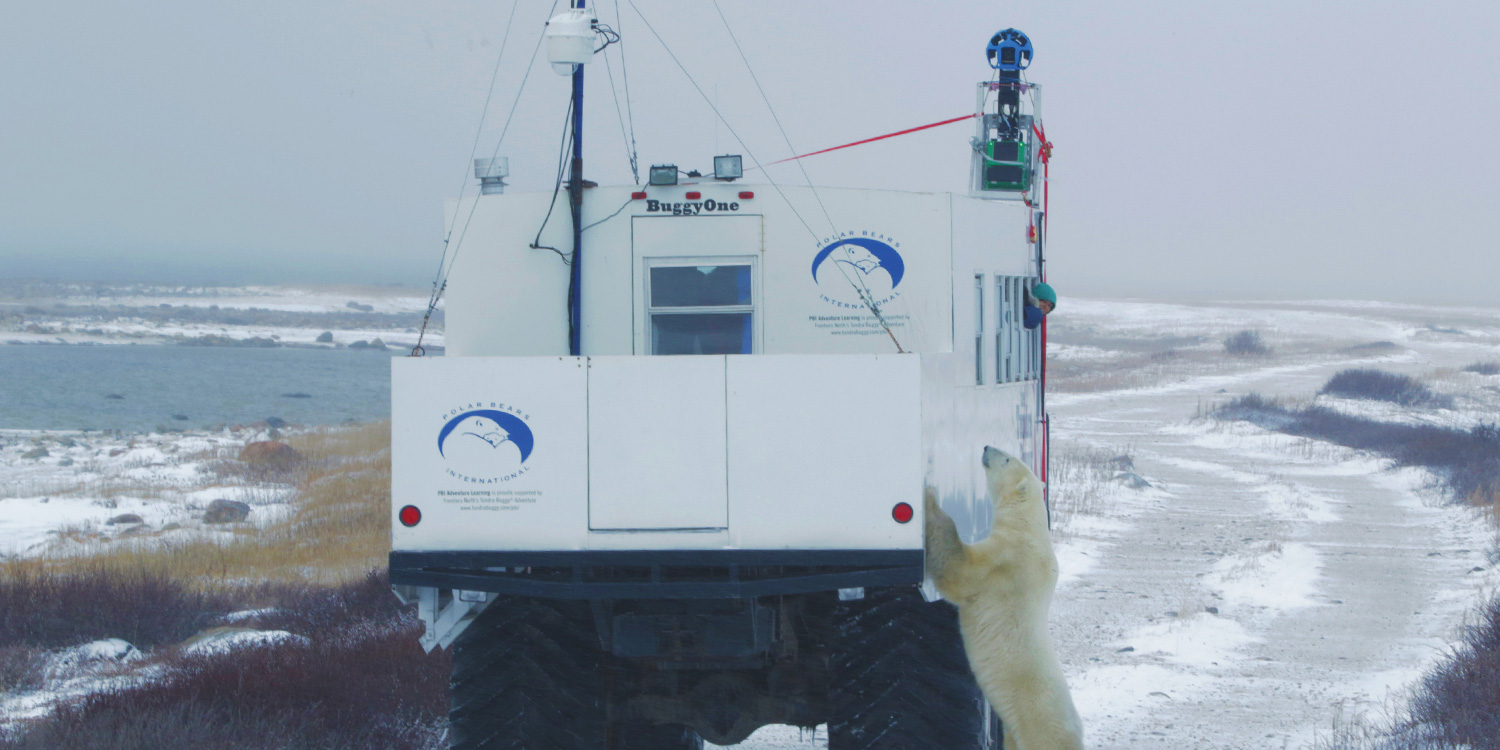 Here is a polar bear showing "buggy love" to PBI's Buggy One. Atop is Google's Trekker camera gathering imagery. 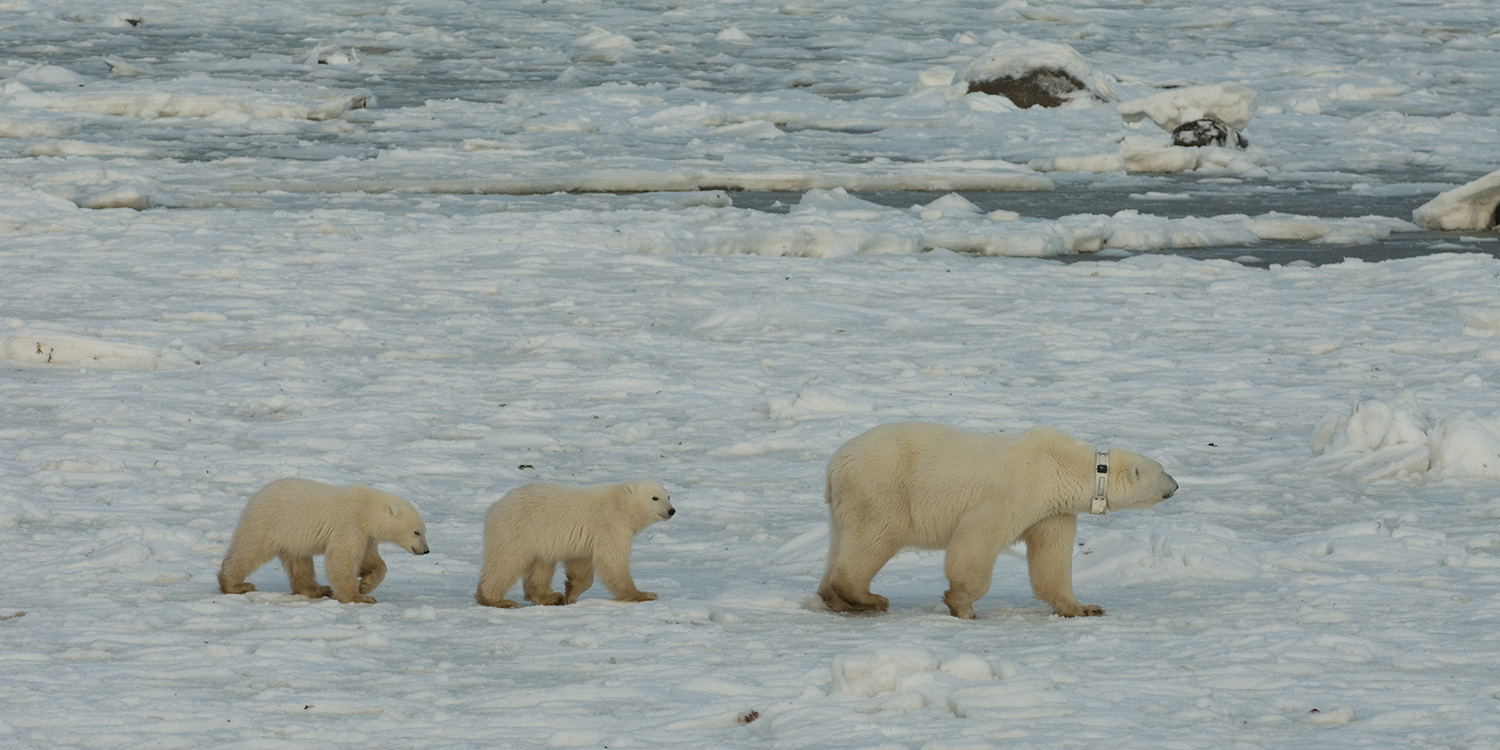